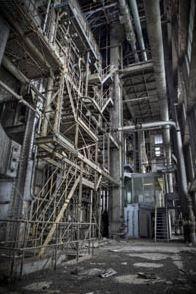 PCB’s are often lumped with other potentially hazardous construction and household materials whose health risks were unknown until relatively recently. Like asbestos, PCB’s were used widely prior to 1979, when their links to cancer and other diseases were better understood and PCB’s were finally banned from use. But unfortunately, there are still many buildings and structures that were built before 1979 which can be considered a health risk if PCB’s are present.

PCB’s have been used commercially since they were first manufactured in 1929. Inexpensive, non-flammable, insular, chemically stable, and with a very high boiling point, PCB’s were considered an easy solution to many commercial production and construction problems.

Where are PCB’s Found?

What are the Risks?

PCB’s don’t break down and can accumulate in food crops as well as in anything that ingests plants such as small animals or fish, making their way up the food chain.

But for most people, PCB’s are a threat because of past use. If undertaking a construction or renovation project, PCB’s in older buildings may be disturbed and pose a danger to anyone nearby.

What to do if you suspect PCB’s

If you’re unsure whether PCB’s are present in the building you’re renovating or demolishing, only do so with careful and professional decontamination. PCB’s can cause cancer as well as damage the endocrine, nervous, reproductive, and immune systems. Don’t take the risk, have professional removal services deal with PCB’s.