Learn about the Giant Mine Remediation Project 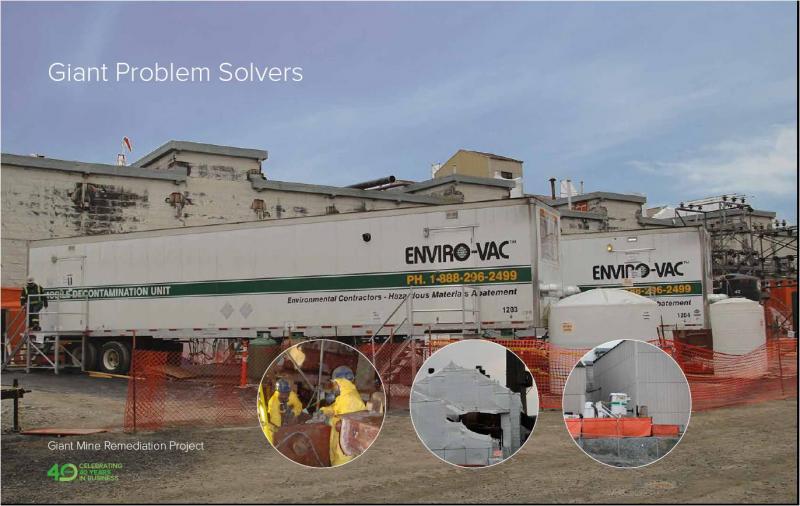 Why so expensive? Between 1948 and 2004, the Giant Mine was a major economic force in the Northwest Territories, producing more than 7 million ounces of gold. To get that gold, the mine used arsenopyrite concentrate to break down the minerals and extract the gold. Burning that produced 237,000 tonnes of arsenic dust, which were stored in underground chambers. The buildings above the mine were also contaminated with arsenic and contained asbestos insulation.

Indian and Northern Affairs Canada then planned remediation of the mine, with reviews done by Environment Canada, Fisheries Canada, and Health Canada. They developed this plan after years of site investigations, research, and public consultation before finally selecting five components.

1.    The arsenic dust waste would be stored in sealed chambers and contained in frozen blocks.
2.    The surface remediation would take down close to 100 buildings, cover ponds, fence off pits, and clean up the soil.
3.    Water entering the underground tunnels would continue to be treated.
4.    Baker Creek, which runs through the site, would require remediation.
5.    The site would have to be maintained and monitored. 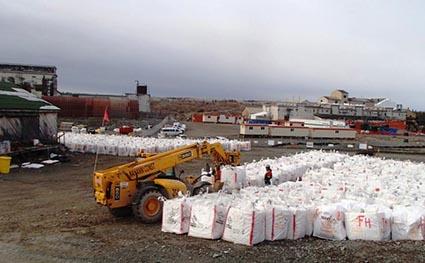 EnviroVac was contracted to work on the second component, the surface remediation, and was tasked with dealing with the heavily-contaminated buildings. The roaster complex, the site of the arsenopyrite roasting, was considered one of the most contaminated buildings ever found in Canada. EnviroVac successfully cleaned the structure, and other structures at the mine, securely packaging the arsenic contaminated waste, e, allowing workers to safely deconstruct it.

This is the kind of experience and skill EnviroVac brings to any job they do. Their workers have successfully and safely dealt with some of the worst environmental disasters in Canadian history. Their training and experience makes them the first choice for any large scale remediation or decontamination projects.